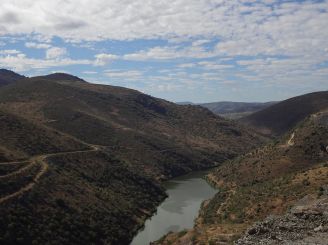 In the north-eastern Portugal near the town of Vila Nova de Foz Coa 1992 images were found on the rocks, which belong to the Paleolithic period, Copper Age, Neolithic, Middle Ages. The earliest of them - twenty thousand years BC. On ancient rock carvings depict various animals - goats, horses and some extinct species.

Prehistoric cave paintings Coa Valley is a unique collection of drawings of ancient people. This example of artistic creativity of human origin in 1998 listed as a UNESCO World Heritage Site.